James Keelaghan wrote a series of  articles for the Owen Sound Sun Times last year as part of the lead up to Summerfolk.

In my family, for generations, there has been no discernible musical talent. Nurses, policemen, union organizers, merchant sailors, farmers, yes, but there is no mention of musical talent anywhere. My brother Bob and I seem to be the trailblazers in that regard.

Some families, however, seem to ooze musical talent, and it doesn’t seem to skip a generation. Two performers from this year’s summerfolk illustrate the point. Nathan Rogers and Kelly Prescott.

Nathan, of course, is the son of Canadian Music Icon Stan Rogers. From the patented Rogers hairline to the diesel engine of a voice he’s proof that the apple doesn’t fall far from the tree.

He learned guitar riffs from his brother Dave, his sister Beth coached him vocally and he drank it all in and the result is one of the most dynamic Canadian acoustic performers in a decade. Close your eyes while he’s on stage and you’ll hear the past, but if you open your eye’s you’ll see the future, because Nathan stands in no-one’s shadow. He incorporates Tuvan throat singing into his tunes. His songwriting owes more to the urban realities of modern Canada than to the sweeping landscapes of his father.

He has also inherited more than a touch of the theatre from his mother, Ariel Rogers. Nathan will be appearing at 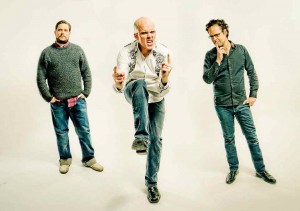 Summerfolk as part of the trio Dry Bones, with JD Edwards and Leonard Podolak ( and incidentally, Leonard is the son of Mitch Podolak, creator of the  Winnipeg and Vancouver Folk festivals, and a man who had a steadying hand on Summerfolk in its early years).

Travel up the road a few hours from where Nathan was raised and just outside Ottawa you’ll find the place that another musical family has put down roots. When your maternal grandfather is Joe Brown and your paternal grandfather is Irwin Prescott; when your grandparents and your parents have over 20 charted country music hits there must be a little pressure on you. Meet Kelly Prescott, daughter of Randall and Tracey ( Prescott-Brown), granddaughter of Joe Brown (the Family Brown) and of Irwin Prescott.

That’s quite a pedigree and she lives up to it. The National Post this year named her as one of the 5 acts most likely to break out and while that’s often the kiss of death to an artists career, Prescott has all the chops she needs to succeed. A smokey voice as engaging as any you’ve ever heard on the country music scene, an engaging stage presence and a knack for making it all seem effortless and natural.

Her sound tends to the classic, rather than the new country. In fact, she has had great deal of success and accolades playing and singing the part of Emmy Lou Harris in Michael Bate’s Grievous Angel:The Gram Parson’s Story. Her voice was much sought after and you can find her backing vocals on cd’s by Jeremy Fisher and Susan Aglukark. After releasing a cd with her brother Kaylen and an impressive solo debut cd, Kelly found her comfort zone with The Claytones. Along with bassist Adam Puddington and Anders Drerup on guitar, they are one of the sweetest trios I have heard in a long time. 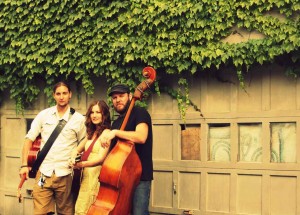 The harmonies are impeccable, the choice of material, original and covers, is well suited to their voices and talents.

Folk music is, at its heart, about generations and the handing down of traditions and styles. It’s not about going viral, but about producing music that will last for hundreds of years, that will be passed down to children and grandchildren.

The 37th edition of Summerfolk is proud to be part of that tradition.