Every year, as part of our continuing sponsorship with the Owen Sound Sun Times, the Artistic Director writes a series of 12 articles about the festival and the performers. You can find the online version of the article here

I met Laura Cortese on a cruise ship in the Caribbean. No, really.

I had been spoiled by a couple of years where my touring schedule sent me south in the dead of winter. The year I met Laura, I was invited to perform on an Irish Music Cruise in the Caribbean.I could hardly say no.

Laura and Hanneke Cassel were the fiddle contingent on the cruise.They are both leading lights in the trad/alt scene that blossoms around the Berklee College of Music in Boston.

Over dinner one night I asked if they would join me on my set. There were a couple of songs I played that had fiddle tunes attached. I sang the tunes for them once, over the dinner table.

On the day in question I did my sound check…no sign of Laura and Hanneke. About 20 minutes before I went on they arrived. I was a little peeved. I got on my old guy high horse about not going onstage unrehearsed.

Laura looked at me and said, “Your choice, man”.

Laura is originally from San Francisco. Like so many other players she was drawn to the Berklee College of Music in Boston. Berklee and storied music clubs like Passim ensure that there is a vibrant indie scene in and around Boston. Laura quickly became one of the “go to” violinists.

When she’s out on her own she plays originals. She belts out her vocals against the string arrangements created with friends Valerie Thompson (cello) and Mariel Vandersteel ( fiddle and Hardingfele). 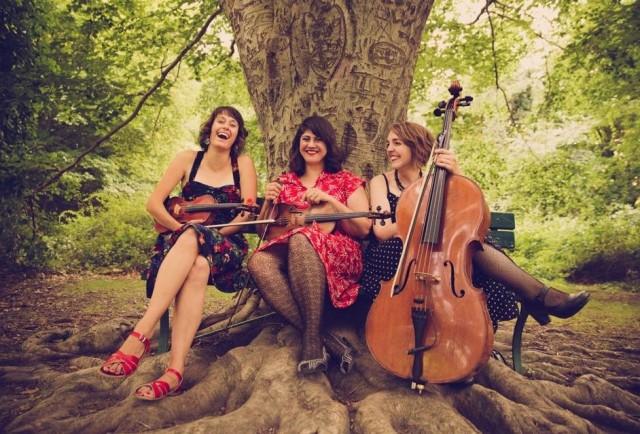 They exist in a guitar free zone. It’s a sound that harks back to the Appalachian and Louisiana traditions. Her songwriting brings it into the present day.

I’m really excited that Laura and the Dance Cards will be joining us at Summerfolk this year.

The cruise where I met Laura was the last time I made a dead of winter getaway.

I was thinking about that cruise this January as I drove through yet another snow storm on my way home from Owen Sound. Out in the back yard office the heater was trying valiantly to warm 96 square feet. I was wearing a heavy sweater and a toque as I listened to frosty CDs. I’d intersperse the festival submissions with Belafonte, or Desmond Dekker. Anything that would make me think of warm, far away places.

When I put on a disc by Alysha Brilla things started to look brighter. Brilla is an underrated rhythm guitar player with a slightly quirky voice. She who has a great ear for tasty arrangements.The songwriting is by turns cheeky, heartfelt and sexy. Sometimes it is all three at once.

Alysha’s music is the sound of summer. It’s pop, a bit jazzy and bit bluesy. That’s what makes it fun. She’s pours all her influences into it. There’s 70’s singer songwriters from her mom, the jazz and Tanzanian stuff from her dad. “I’ve got the whole world in my hands” is sung in Swahili against a  a band track featuring soprano sax

Her music is melting pot and it’s a deep one. I don’t think i could have made it through the rest of the winter without it.

Alysha is an irrepressibly optimistic person. She’s also not afraid to take chances.

A couple of years ago Brilla had grabbed the brass ring. She had a deal with a smart label and a couple of name producers. She was recording, writing and living in LA. 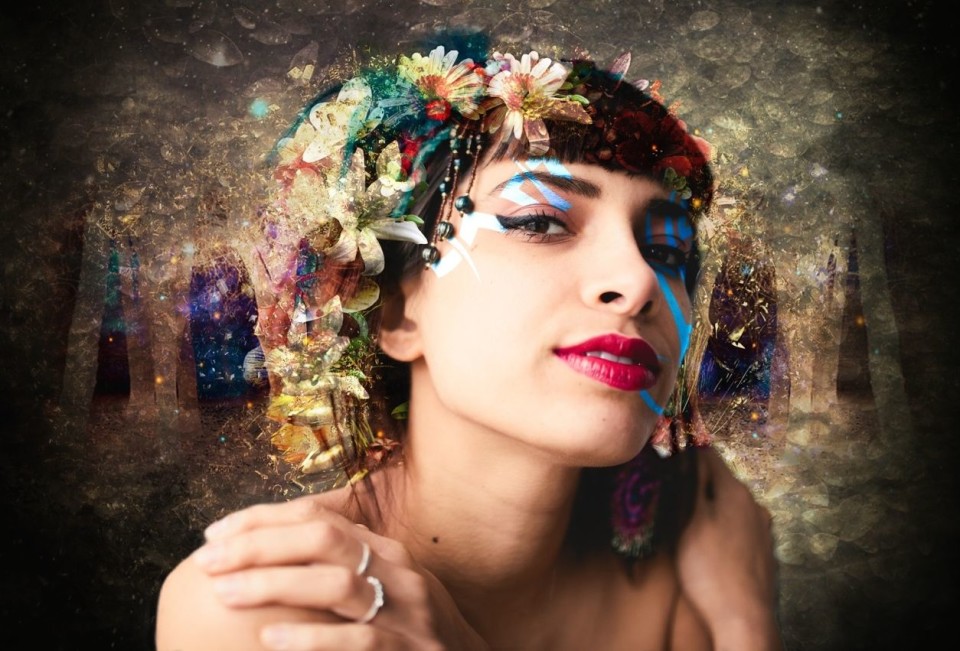 Then, she gave it all up. In LA, they wanted her in a neatly labelled box. She wanted to be everything she could be.

She came home to Kitchener Waterloo. She assembled the players she wanted, rehearsed the material and recorded the CD she wanted to make. Eighteen months later, her self produced independently release “In My Head” was nominated for a Juno as Best Adult Contemporary Recording of the year.

She has just finished her first extended tour of western Canada. If you read her facebook entries  you meet a wide eyed, breathlessly excited woman in her mid twenties discovering her country and its scene.

Alysha is coming to Summerfolk with her “Brillion Dollar Band”, a six piece ensemble with drums, keys, horn section,bass. The sound is tight and is sure to knock your socks off.

Information about Laura, Alysha and all the other performers, artisans and vendors at this year’s festival can be found at www.summerfolk.org