The other day, just for kicks, I tried to think of all the various kinds of blues. Chicago, New Orleans, Piedmont, Memphis, Detroit, boogie-woogie, jump, swamp. Add to those the genre’s that have been spawned from Blues, which would be pretty everything from 1920 onwards. Blues has become the musical language of mass communication. Strangely, though, blues  tends to come to me by word of mouth.

I first heard about the Reverend Robert B. Jones from my brother Bob. My brother’s band was playing a festival in Kitchener and shared a stage with him. When I quizzed him about who he’d liked, Reverend Jones was the immediate response. I asked him, what made Jones stand out? Bob said – He’s authentic. 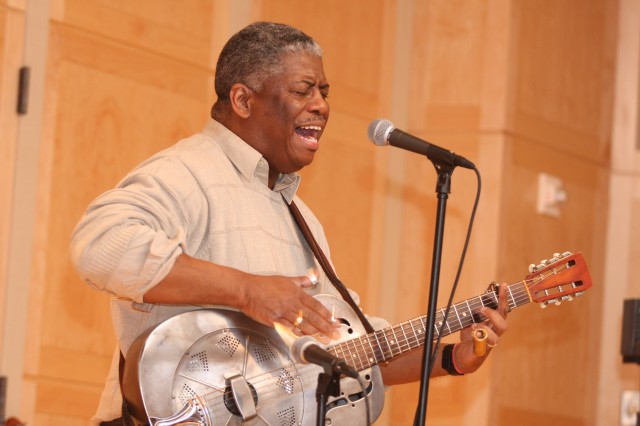 When you couple authenticity with exceptional talent, songwriting and storytelling you get the Reverend Robert B. Jones. He’s got an encyclopedic knowledge of the history of African American folk music, including blues, spiritual, and slave songs. He knows its players and its styles. He no slouch when it comes to performing it.

Until recently he has been pastor of the Sweet Kingdom Missionary Baptist Church on Detroit’s lower east side. The blues, typically, deal with a side of life that is decidedly secular. Reverend Jones doesn’t have a problem with that.

He’s spending less time in the church now. He’s handed over a lot of the duties there to his children. At storytelling festivals in classrooms and on stage he’s out preaching the gospel of song.

The place Rachelle Van Zanten lives is the opposite of Detroit. She’s from the Bulkley Valley in Northern BC. It’s a stunningly beautiful place, high mountain peaks and broad river valleys. The lakes are crystal clear, the streams and rivers are fast flowing. 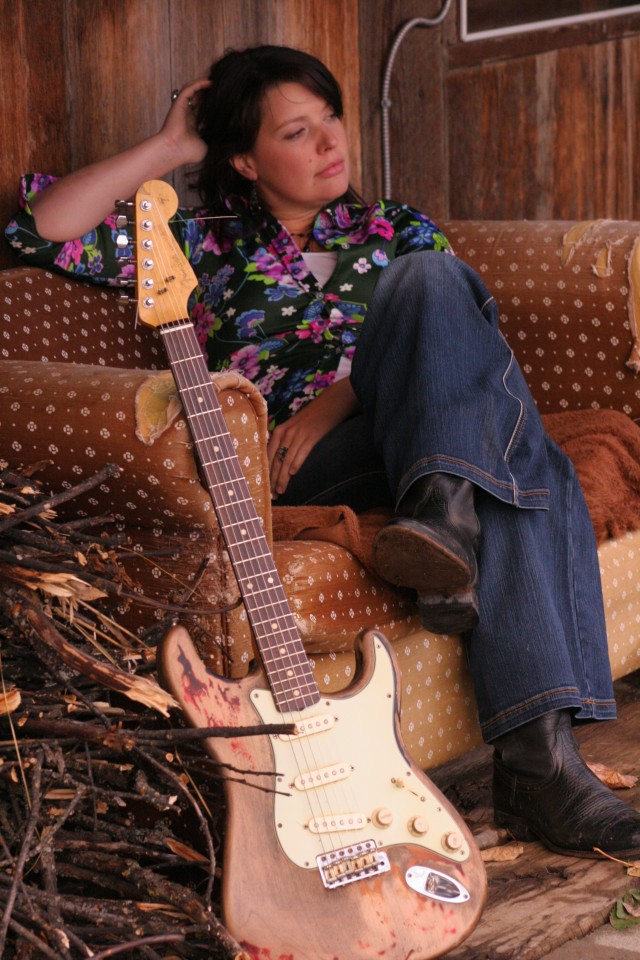 Canada’s best slide guitar player. She comes by it honestly. She got her guitar chops at family jams and in church. She’s honed them over the past 15 years with almost constant road work, first with band called Painting Daisies and, for the past 8 years, as a solo artist.

She tours regularly in Europe and is a favourite on the Western Canadian festival circuit. She’s known for her dirty guitar licks and gritty lyrics. She stole the show at last year’s 27th annual Women’s Blues Revue at Massey Hall in Toronto. I’ve seen her rock the house alone or with a band many times in Western Canada. Like the Reverend Jones  her appeal comes from sincerity.

The Blues has always been about struggle. Van Zanten’s songs don’t shy away from the issues in the valley. In a song like My Troubled Town, she’s singing about Northern BC but the town could be anywhere that the economy has moved on and left people struggling to find a new way to make their way in the world.

Politically Van Zanten is at ground zero of the pipeline debate in British Columbia.The roots of her “environmental music” started when Shell Oil tried, unsuccessfully, to build a gas extraction project in the heart of her region’s wild-salmon watersheds.

” I saw the effects of corporate bullying on a community.  When I saw the unity between the Tahltan nation and environmentalists … it really lit my fire,” said van Zanten.

She’s passionate about politics and it shows in the music

Musicians need regular injections of passion. It’s the emotional fuel that keeps the wheels on the road.

The 24th Street Wailers have a mighty set of wheels. A friend of mine says that the Wailers are like a big, sexy diesel truck. The truck’s destination doesn’t matter, you just want to be along for the ride.They have a smooth unstoppable groove that’ll get you where you are going. 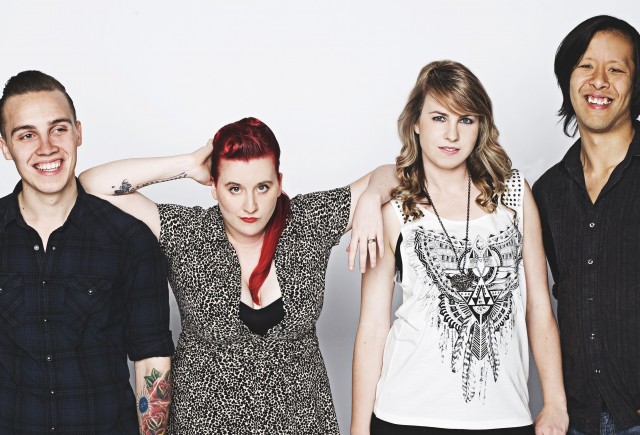 From their debut release Dirty Little Young’s in 2010 to this year’s CD Wicked they have been bowling over critics and filling venues across North America. Now Europe is beckoning as well.

The Wailers have always been a band to watch. Their recordings are fantastic, but live they are tremendous. They’ve logged enough road time to know how to perform. The don’t play at you, they play to you and for you. They will have you on your feet in no time, like they are practicing some form of Blues voodoo.

Blues, more than any genre, prides itself on its genealogy. Fans can draw you flow charts of where this player got their licks, or who toured with who. One thing is certain, you don’t get recognition until the elders have spoken.

There’s a great video floating around the web this week. Blues legend Jimmy Vaughan steps on stage to jam with the 24th Street Wailers at the Apollo Club in Thunderbay. That is the blues equivalent of being handed a torch.

Jones, Van Zanten and the Wailers will be in the Blues by the Bay workshop on the Saturday of the Summerfolk Music and Crafts Festival. The 39th annual Summerfolk runs August 15, 16 and 17 at Kelso Beach Park in Owen Sound Ontario. Tickets are now available and info can be found at summerfolk.org or by phoning our office at 519-371-2995.