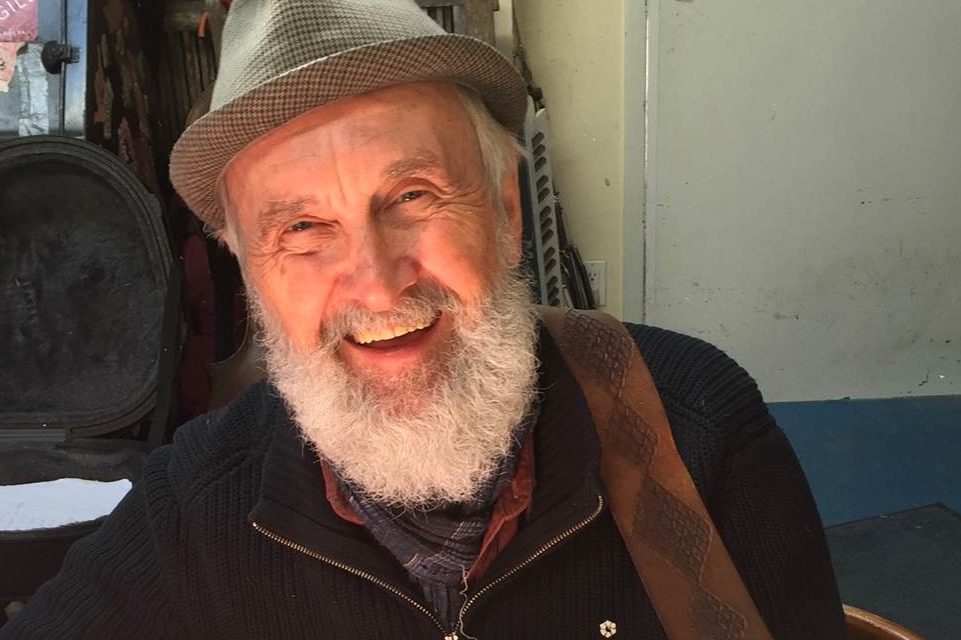 We didn’t have kid’s music when I was kid. Well, we did sorta, but nothing pleasant happened in it. Cradles fell, babies cried, that sort of thing. You didn’t really want to linger. If my parents wanted to entertain us as kid’s they’d play Harry Belafonte, or lighter adult music. Kid’s music was there to teach us a lesson-don’t put your cradle in a tree and that sort of thing.

I was a late comer to children. My first, Tomas was born in 2006, Pato,in 2010. Because of that I wasn’t well acquainted with Fred Penner’s music. Not having children kind of insulates you from the kid’s music scene. It’s like physics lectures, or advanced mathematics. You know it’s there and people are doing it, but it really doesn’t seem to have any effect on your life.

Yet, I know Fred fairly well.  I’d see him at music functions in Manitoba and across the country. We’ve spent pleasant hours together in the backstage areas of various festivals. He’s an engaging  story teller. He has that rare ability to make you feel like you are the most important thing in his life while he is talking to you.

You know him in a way I never did.

I respect him as a musician and entertainer. I managed to do that, and not see a single episode of his TV show. Why would I? I didn’t have kids. In those days I slept late. The show ran in Canada and the US for an amazing 13 years. I missed every one.

Most of you are more clued in than me. If you were a kid, a parent or a grandparent from 1985-1997, you knew Fred. I wasn’t surprised that he’s one of the best loved performers that has ever played the festival. We harbour huge reserves of goodwill for the performers of our youth. When we are adults they can evoke some of our strongest memories.

He was and is very involved in the community at large and his spirit of involvement and inclusiveness was recognized when he was made a member of the Order of Canada and the Order of Manitoba. His musicianship has been recognized with eight Juno nominations and two Juno Awards, Parents Choice Awards and Prairie Music awards

He makes no secret of the fact that he was a bit lost after the TV series ended.  He had a very full schedule, though, as the demand for live shows never really slacked off.

Fred had a notion that kids who had seen his TV show wanted to reconnect with him.

Then a strange little thing happened. A promoter at a university wanted to hire him to do a show at the school’s pub. Strange as the thought was, the show sold out in quicker than you can say “the cat came back.” In fact it was oversold. The students kept him there for two and a half hours. College kids, with pints of beer, calling out for Baby Beluga, Take Good Care, Sandwiches and of course, The Cat Came Back.

Word got out on the college circuit. When he travels now to do a kids show, he often adds a college show. He’s done universities from PEI to BC. He may, in fact, be busier now than when he had the TV show.

Last year Fred to it one step further. He recorded a CD named Hear the Music.The album was produced by long time collaborator Ken Whiteley and recorded in Toronto, where Fred lives with his spouse, voice/acting coach and director Rae Ellen Bodie (whom he married in 2016 and who co-wrote two of the songs on the album). Fred created for the cd to satisfy three generations of his fans and includes guests such as Ron Sexsmith, Terra Lightfoot, Alex Cuba, Basia Bulat, Jackie Richardson, The Good Lovelies, Fred’s four children and a wealth of Canada’s best musicians.

I’ll never know what its like to be a kid listening to Fred Penner. I never had the chance. I’ll never have that kid-like experience of hearing The Cat Came Back Fred style, for the first time. I’m really happy that my boys will be had that experience at last time Fred came to Summerfolk.

As for me, it’s never too late to have a happy childhood. I’ll be having mine at Fred’s pub

Fred will be playing workshops and a special spotlight children’s concert  at 2PM Saturday August 17 at the Amphitheatre stage during Summerfolk this year.

For more information on all things summerfolk please visit us at www.summerfolk.org

The Summerfolk Music and Crafts Festival happens at Kelso Beach Park in Owen Sound August 17, 18 and 19.